Power to the Powerless through Education 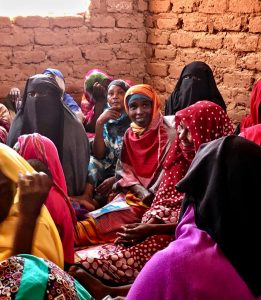 Sudan, once the largest country in Africa is now two countries. After more than 20 years of conflict two million people have died and four million have been displaced. Despite a peace agreement in 2005, ethnic conflict, environmental degradation and widespread human suffering continue. There are many displaced people who still cannot return to their homes. The living conditions of hundreds of thousands of marginalised people remain inhumane and degrading. Women’s Education Partnership began its work in response to the needs and requests of displaced and marginalised people.

Women’s Education Partnership takes its lead from what displaced and marginalised people say they need and seeks to help those whose lives have been shattered by war and displacement prepare for a better future through education. Equally important, we are committed to ethnic, religious and social reconciliation through shared community service. Our donors, patrons, employees and volunteers include Muslims and Christians.